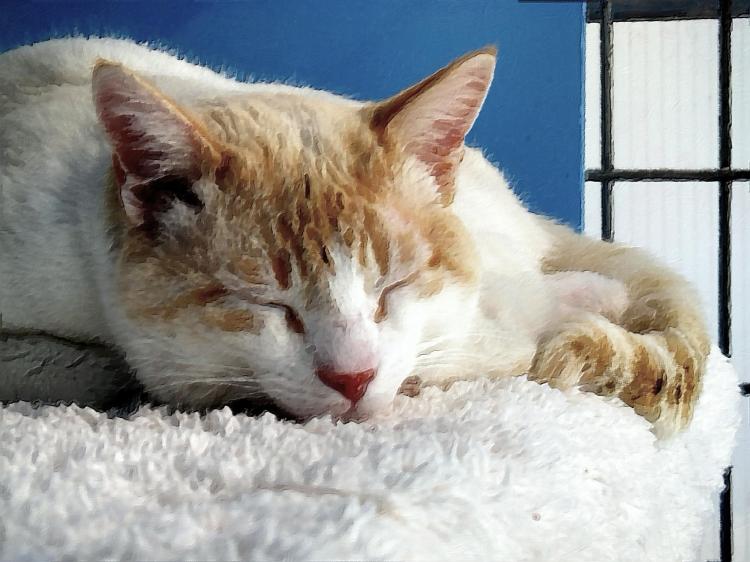 “The world is given to me only once, not one existing and one perceived. Subject and object are only one.”  ~  Erwin Schrödinger

“Science cannot tell us a word about why music delights us, of why and how an old song can move us to tears.”  ~  Erwin Schrödinger

Back in 2012, the year the world ended, I attended the International Conference on Science and Spirituality, at Buffalo Thunder Resort. It had been only weeks since I was canned from a job that I’d hoped would take me on through to retirement. Didn’t happen. Didn’t happen. But I learned a lot, both by listening to many wise and educated people and just by being there. If there is a difference between the two it escapes me completely. Did I miss something? Now, this morning, I just poured the second cup of coffee, and I have been out on the deck to kook at the sky precisely three times. Today’s forecast is for overcast skies, and the first two foray’s into the morning outside supported the speculation. The third time there were a faint few stars. I love a fresh cloudy day. My contention is that I was born on a cloudy day. Prove me wrong; go ahead. I dare you. There is no such information on my birth certificate. No, wait! It was not just a cloudy day it was a stormy day. Powerful thunder shook the hospital at its very foundation. Lights flickered. All present were existentially riveted by the storm. Ya think? I could be wrong. As was sometimes the protocol, back in the day, my mother was sedated with sodium pentathol: “truth serum”. Obviously I was also under the influence of the drug at the time of my birth. I was born to tell the truth. Now, before I go too far I am ditching this metaphor and tossing it out ‘long side the road as I look forward to a brighter future. My friggin attitude, neurochemicals be damned, is getting in my way so far. Brighter future? Brighter than what? Riddle me that, Batman. Relativity, dude! Norman friggin Vincent Peale! Tony Robbins, dude. Buck up and do the next right thing. Boy howdy I get soooo confused. I don’t feel like grabbing the future by the horns, balls, whatever. See, I’ve got a lot of pain this morning, radiating mostly down my arms, but that is a far sight better than yesterday, when the offending vertebrae itself was the source of the pain, and it expressively said so. Felt like a steel band around my chest. This morning I am standing straighter, a little taller.

“Serenade your angel with a love song from your eyes
Grow a little taller even though your age defies
Feel a little smaller
And in stature you will rise
A hobo or a poet must kill dragons for a bride;
And humble pie is always hard to swallow
With your pride”  ~  Graham Nash, Wounded Bird, from “Songs for Beginners”

It is Autumnal Equinox and the Veil is thinned by the shifting tilt of Planet Earth; or is it the other way around? Let’s not go there, k? Thanks, yer a pal. My Equinox is marked at the beginning by three hawks and a raven. It was late yesterday afternoon. I was sitting out to the north of the garden gate when I heard that proud, raucous croak from a raven. She was passing eastward just beyond the neighbors’ trees. Her low flight was impressive but she rose as she flew out over the donkey pasture. Then I heard that ‘skreee, skreee‘ like ya hear in a Western, a tone used by the foley fella to try and lure you into a Georgia O’Keefe painting type of mood. Red-tailed hawk; just sayin’. Flesh and blood bird. Raven made it up to where the hawk was soaring and the dance of two large magnificent birds ensued. Ravens are as big as hawks. It looks like a fight when they dance, but it is more ballet than belligerence. Finally in one impressive dive the hawk began to chase the raven back westward. Then another skreee. Then another. Raven hightailed it on her way. I soon spotted the other two hawks. There were three now, all at different altitudes, the highest of which rivaled the zenith of the golden eagle’s flight that I had seen the day before. Golden eagles are a fairly rare sight ’round these parts. That big bird was chased away by magpies. Friggin birds. Why can’t we all just get along? Now, about that lyrical Graham Nash quote, I’m a lookin’ for that angel dude. That this search is played out in a Western was totally unplanned by me at the time of my birth. Dang, I was all drugged up and stuff and there was this big storm, see, and the mere fact that I have the original copy of my birth certificate don’t prove nothin’ dude. And the opening quote of this post is from Erwin Schrödinger, who is famous for his Schrödinger’s Cat paradox, wherein the cat in the box is both dead and alive (like the old Western wanted posters) until you look and see. So (the writer obscurely continues), I challenge the notions about positive thinking. Am I positive or negative? Or is it even a matter of ‘either, or’? How about ‘both, and’? Dude I ain’t opened that box dude because I know how pissed that cat already is! Letting him, her, whatever,  out is only going to feed the flames, and it will make that storm at the time of my birth look like child’s play dude.